Get a Tailor-Made Quote

The Kingdom of Morocco is a country in the northwest of Africa and belongs to the Maghreb. The country is bordered by the Atlantic Ocean in the West, by the Mediterranean Sea in the North, by Algeria in the East, and by Mauritania in the South. The administrative capital is Rabat, the economic capital is Casablanca, which is also the largest metropolis of the country. Morocco has about 33 million inhabitants (2012). Morocco has a rich history and culture.

Islam, the official religion in Morocco, is very important in the Moroccan life. More than 97% of the Moroccan population is Muslim. There are also other religions besides Islam (1,1% Christians and Jews about 0,2%). The mosque is the sanctuary where Muslims come together to pray. These mosques can be found in every city in Morocco. Islam is woven into the everyday life of the Moroccans: they pray five times a day. Friday is a rest day on which Muslims go to the mosque to listen to the Imam’s sermon.

French is popular and almost everyone speaks French. In tourist centers such as Marrakech, Agadir, Fez … also Spanish and English are spoken.

The Moroccan currency is the Dirham (MAD). One Euro is about 11 Dirham. In almost all cities, it is possible to get cash with your MasterCard (you can get an authorization to withdraw money abroad in the bank at home). You can change money at airports, banks, post offices, exchange offices… In many hotels, restaurants and shops you can pay with Visa and MasterCard.

The climate of Morocco varies from region to region, and it depends on the season you are travelling in. The North and the Middle Atlas have a Mediterranean climate: hot, humid winters and hot, dry summers. The South has a dry and warm climate almost all year round. There are temperature differences between day and night by about 18 degrees. In general, the summer is pleasant at the coast and in the mountains. The winters are cold and damp (rain and snow).

The Moroccan cuisine is often considered as one of the most delicious cuisines in the world. It is a varied cuisine, which was influenced by the Arabs, Berbers, Jews and Africans. There are numerous traditional dishes based on meat or fish and fresh vegetables, fruits and herbs such as tajine, couscous, pastilla, skewer, harira (soup) and fresh salads.

The national drink in Morocco undoubtedly is the sweet tea, based on green tea with fresh mint leaves. Alcohol is allowed and can be bought in supermarkets and in some hotels.

For a stay in Morocco you don’t need a visa, but a passport that is valid until at least 6 months after the return. The maximum travel time is 3 months. For more information contact the Moroccan Embassy in your country. 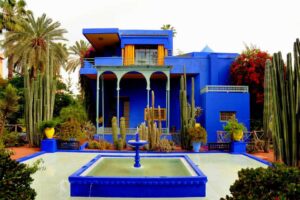 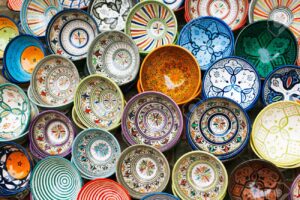 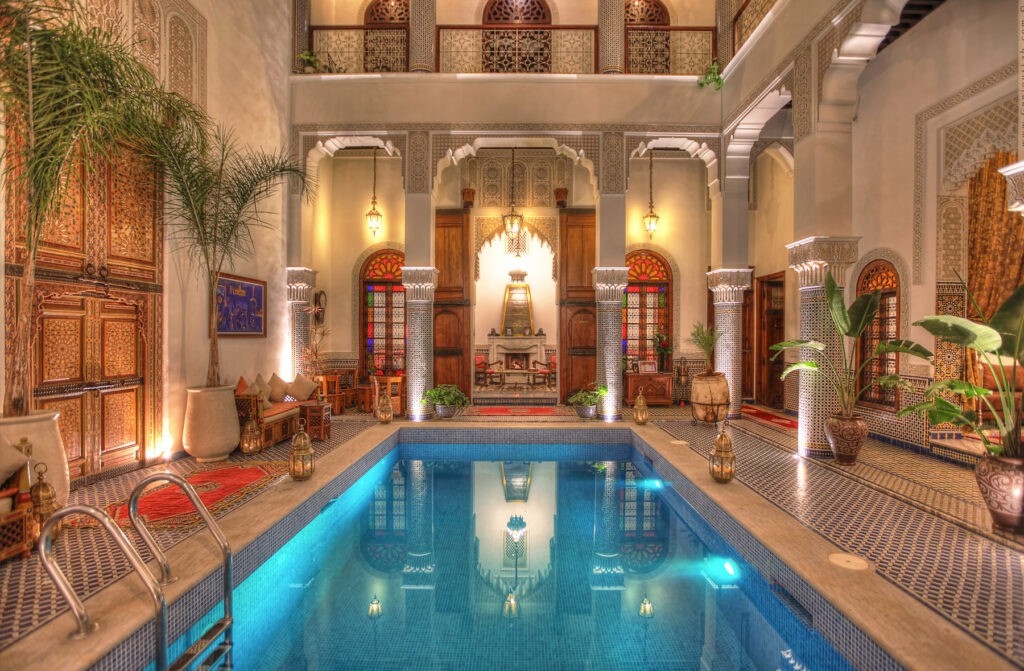 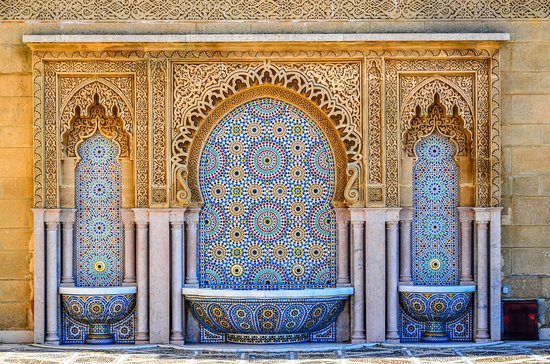